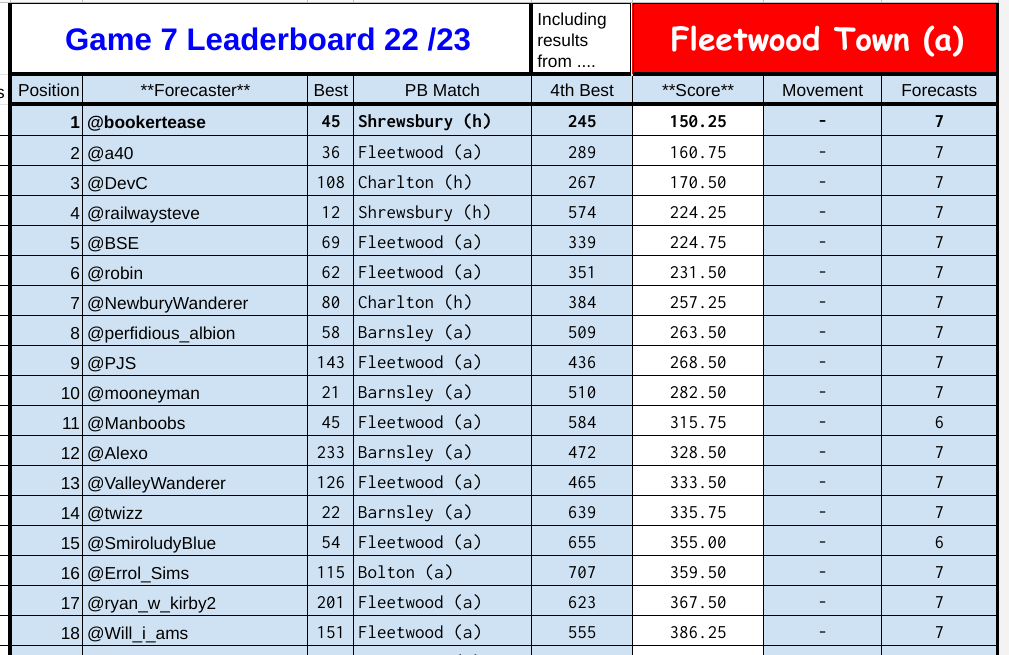 and it continues - apologies to @Will_i_ams because you appear twice: 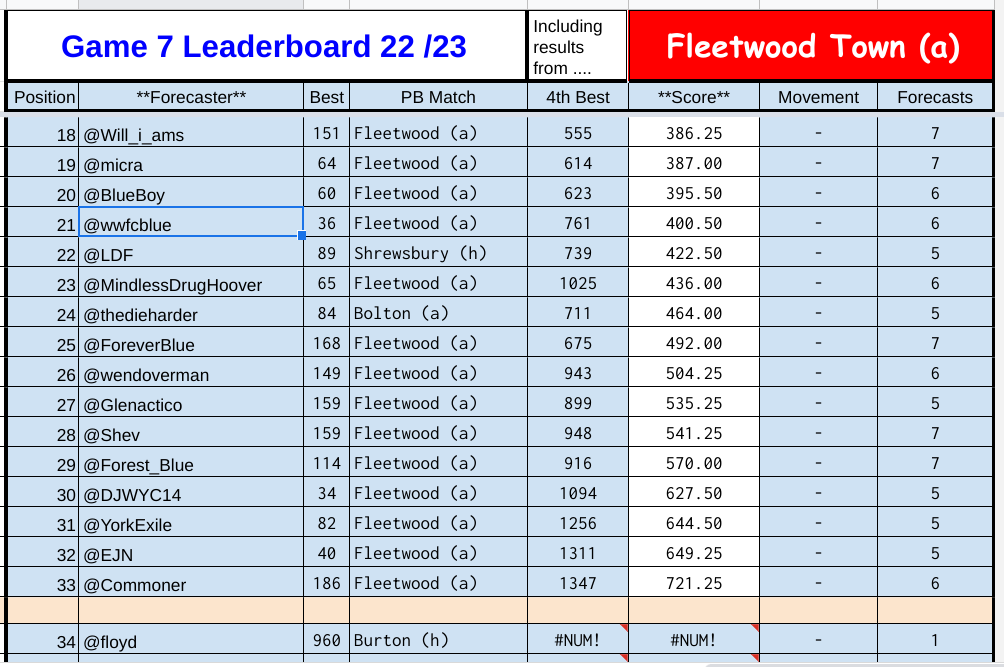 and apologies to @floyd for appearing twice.

Oh dear. I didn't leave any space to introduce an introduction above the table. No worries I think it is mostly self explanatory.

The competition is basically the same as last season. At the end of the season the winner will be the person with the lowest score which will be the average of the best ten forecasts that they have made.

Scores this week are the average of the best four forecasts that each player has made for the seven games up to this point.

The 'Best' column has the amount by which your closest prediction so far missed the actual attendance and the PB Match has the game when this happened.

The '4th Best column' has your worst prediction which is good enough to be included in your average - in other words the score you need to better to improve your average. For the Port Vale game this is the 4th best prediction, but this will change every other game until it reaches 10th best.

The movement column will be populated with arrows or emojis from the Port Vale game onwards. You can help me decide in the poll. If it is to be emojis I reserved the right to indulge my sense of humour on occasions and so there might not be complete consistency between weeks.

The line coloured like water company discharge separates those who have made sufficient predictions to work out a best 4 average and those who are perhaps working towards that number. Each person's actual number of forecasts is shown in the last column.

After all that congratulations to @bookertease who leads the competition at moment. Good work because it has been a tough start to the season.