A_Worboys
August 2022 in Not Football

Bucks (46 pts) currently trail Cambridgeshire (48 pts) by 2 pts but have a game in hand. The game in hand is away to Northumberland next Sunday, Monday & Tuesday (14/15/16th August). The subsequent match v Cambridgeshire will almost certainly decide who finishes top & goes on to win promotion to Division One.

The match starts at 11am each day and goes on to 7pm with a minimum of 110 overs to be bowled in the day. Both teams are restricted to 90 overs in their first innings.

If you’ve not been there before, Tring Park CC is one of the most picturesque grounds in the Chilterns. It has an excellent pavilion & bar & hot lunches will also be available for spectators. Entry is free, parking is free and there will be a raffle. Scorecards / programmes will be available each day. If the weather holds & cricket’s your thing I can’t think of a better place to spend some time watching good quality cricket for very little outlay. It also doesn’t feature a live DJ, doesn’t feature music after every over and doesn’t feature a P.A. announcer screaming at you how to enjoy yourself! 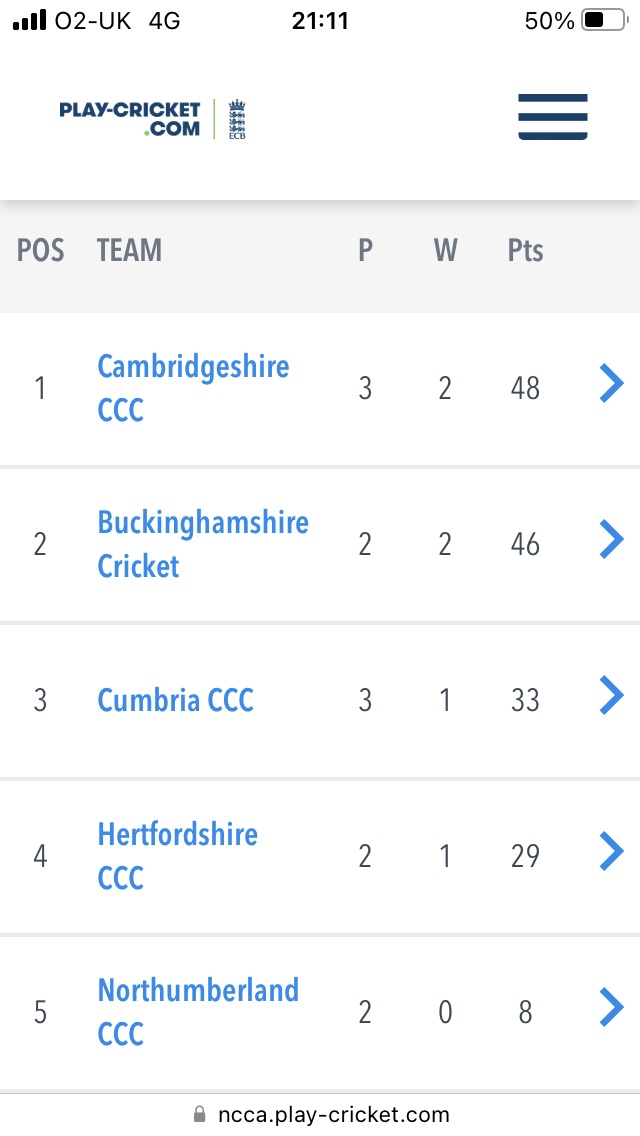